Axis Q6215-LE Network Camera used in conjunction with the Axis D2050-VE Radar Detector it will provide an ultimate protection of large areas.Combining both of the technologies, Axis Q6215-LE will react to Axis D2050-VE Radar detection triggering a visual verification recording. And with Axis Radar Autotracking, the detector can send the exact coordinates of detected people or objects, which can then automatically zoom in on the object with no manual intervention.

AXIS Q6215-LE is a reliable and robust network camera specially designed with high precision pan, tilt and zoom and long-range IR to cover wide and long-distance surveillance. This tough camera can recognise and identify targets in large open areas even in poor light or complete darkness. From harbors and airports to highways, AXIS Q6215-LE is ideal for 24/7, all-weather surveillance anywhere you need it.

AXIS D2050-VE detects movement and nothing but movement, 24 hours a day. It’s not sensitive to things that often trigger false alarms. Like moving shadows or light beams, small animals, raindrops or insects, wind, and bad weather. With 120-degree horizontal coverage and up to a 50-meter (164 feet) range, it also delivers the angle of movement, size, and speed of moving objects. Plus, it provides exact positions, allowing you to filter on distance. So the information you get isn’t just accurate, there’s also more of it. AXIS D2050-VE is also robust. It features vandal protection, and it’s made to withstand outdoor environments from -40°C to 60°C (-40°F to 140°F). 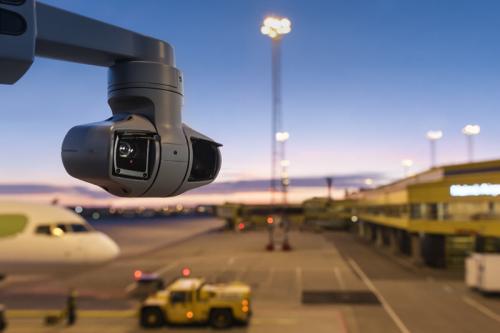